Like the gift left from his hunting buddies, Husker punter Sam Foltz was a Golden Boy with small-town roots

More: Read our complete coverage of the Sam Foltz tragedy.

GRAND ISLAND, Neb. — On the day Nebraska buried a son, it rained.

Man, did it rain. The skies opened up and dropped buckets of metaphors onto the state’s fourth-largest city, turning several streets into mini-lakes.

Inside Blessed Sacrament Catholic Church, it was raining, too.

» In Sam Foltz's hometown, loss is 'like a death in the family'

» Nebraskans pay tribute to Sam Foltz at site of accident

» Sam Foltz was part of elite group of Husker walk-ons

A gathering of 1,500 — family, friends, teammates, coaches and strangers who never met Sam Foltz but felt compelled to be here — came to say goodbye to Foltz, native son, Nebraska boy.

Funerals are hard for many reasons, but mostly, it’s because this is the time it sinks in that you won’t ever see the person again.

That seemed to hit all 1,500 as they exited the large sanctuary, one by one, in a somber march. After an emotional funeral, the emotions spilled out. Tears poured down football coach Mike Riley’s face.

They walked past Foltz’s life, a short life well lived. Photos of Foltz at different stages; the young kid, red hair sprouting up. The Grand Island letter jacket. Foltz holding up his NU diploma. All the Husker memories, jersey, photos.

Almost everyone stopped to look at this display. More than any of the Husker stuff, this is what told us who we lost, what we are missing today in our lives.

The Henry Golden Boy looks like a prop from a John Wayne movie. It’s a classic rifle, a stunning model made of walnut and brass. It resembles a replica from the Old West, but it’s not a toy or museum piece.

It’s the real deal — ready for use in the hunting fields of Nebraska.

On Saturday, he got one.

It was displayed in a framed case on one of the tables at the church. In the bottom of the display were two camouflage coozies and several shells.

There was a plate that had his name and read, “Universally Loved and Respected, A shining example of how to live.”

The Stepps can attest to that.

Tom, Larry and Mark Stepp hail from Wolbach, a village down the road from Greeley and the Foltz farm. The Stepp boys grew up with Sam’s dad, Gerald Foltz, hunting, playing sports, doing what small-town Nebraska kids do.

Together, they formed an annual tradition called “Deer Camp.”

Each November, the Stepps and Gerald would gather on a vacant field on the Foltz farm. Hunt deer by day and sit around a huge fire at night, swilling beer and smoking cigars and telling stories.

Eventually, their kids joined them.

It doesn’t get any more Nebraskan than that. Or the story that is Tom Stepp’s favorite:

“Sam was 5 years old when he first started going to Deer Camp,” Tom Stepp said. “We would sit around and tell stories around the fire, and then we’d ask the kids if they were tired, and we’d drive them home.

An emotional farewell to Sam Foltz, browse through a photo showcase from the Husker punter's funeral.

“Well, Sam always wanted to stay. So, one night, we let him. He wasn’t scared or cold or anything.

“The next day, we had a long walk back. It had snowed, and it was 6 to 8 inches deep. I started walking and Sam was right behind me, the whole way.

“At one point, I looked back at him and his laced-up boots were wide open. Full of snow. His socks were wet. His bare feet were covered with ice.

“But he never once complained about it because he didn’t want to miss a thing.

“Later on, when he was punting at Nebraska, I told him, you can sign autographs and be a big star, but you still can’t keep up with me in the snow.”

This was Sam Foltz to the Stepps, not the big shot All-Big Ten punter and guy on TV, but the kid next door, the red-headed kid stomping through the snow with his boots open and too proud to say anything.

That’s Nebraska tough, Nebraska grit, and it was a family trait. Larry Stepp said Gerald was a “good running back in high school, a Rex Burkhead type of back.” Larry said Gerald could have been a college star but never had the chance.

“He had to stay (on the farm) and work,” Larry said. “When Sam walked-on down at Nebraska, Gerald took extra pride in that.”

The Stepp boys stood in a circle in the church lunch room Saturday, fathers and their sons (seven combined) wearing orange vests as a tribute to their friend. The only thing missing was a camp fire and some stogies.

Well, not the only thing.

“Everyone who knew Sam will remember him for something different,” Tom Stepp said. “I’m sure his teammates will remember the practices, where he was cutting up or making them laugh.

“I’m going to remember Sam sitting around the fire at Deer Camp.”

The topic of legacy came up in the funeral, how it was important to find a legacy out of Sam’s life. And it was clear, when 1,500 people attend your funeral, that’s a good place to start.

But the best place to look was out in that hallway, inside the framed Golden Boy. Down in the right corner, there was a message written on a card by Tom Stepp’s son, Michael.

Classic, rugged, reliable. Rooted in the old school. Sam was all of the above. He lived his life for others.

From Greeley to Grand Island to Lincoln, Sam Foltz left an impact. Take a photographic look back on the 22-year-old's life.

You could always count on him and you better believe he’d be there for you the second you needed him. He was sharp, and he was tough. He was as life-giving and selfless as they come.

Sam truly enjoyed seeing others succeed; he reveled in the happiness of other people. He operated smoothly and without hitch. Sam truly was a Golden Boy.

This November, Deer Camp will commence again on the Foltz farm. But this camp will be different. Wherever he was, Sam always found time to drive in from his life as a Husker to sit around that fire.

Family and friends. That’s all the legacy a Nebraska kid could want.

As a tribute, Tom Stepp says he’s going to sit around the fire, drink beer and smoke cigars. And you can guess what the stories will be about this year.

Somewhere in that cold night, the Deer Campers will take some of Sam’s ashes, and spread them around the fire.

The “Henry Golden Boy” looks like a prop from a John Wayne movie. It’s a classic rifle, a stunning model made of walnut and brass. It resembles a replica from the old west, but it’s not a toy or museum piece. 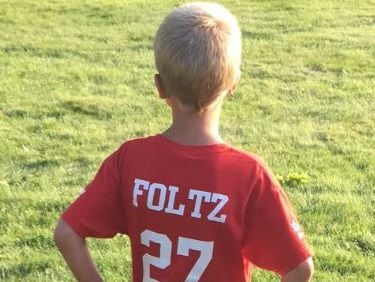 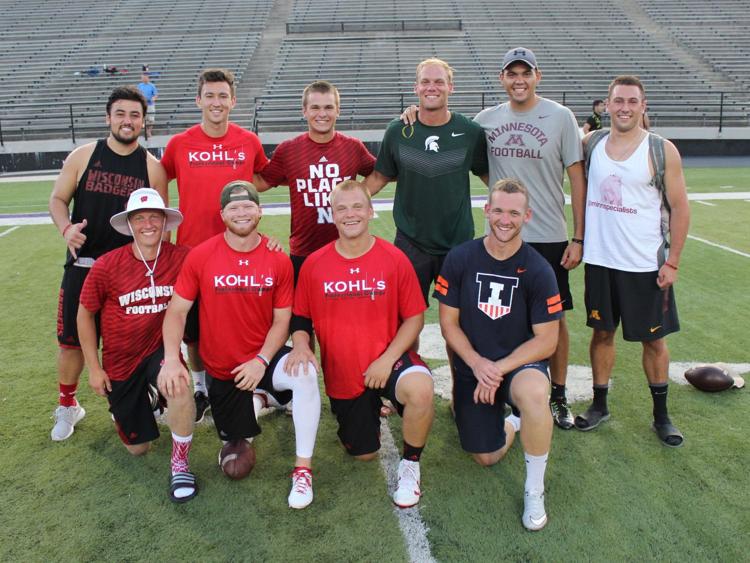 Photos of Foltz at weekend punting camp show his dedication to craft, others 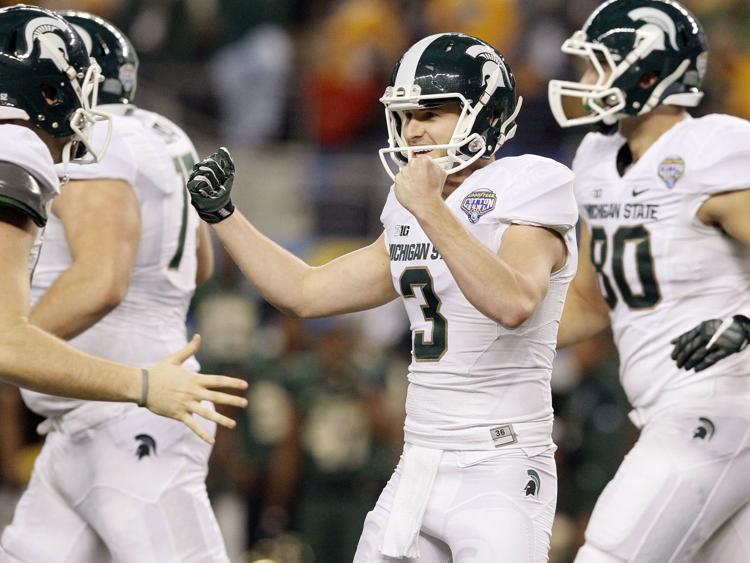 Thanks to exchanges with Fake Bo Pelini, Nebraskans got to know the real Mike Sadler